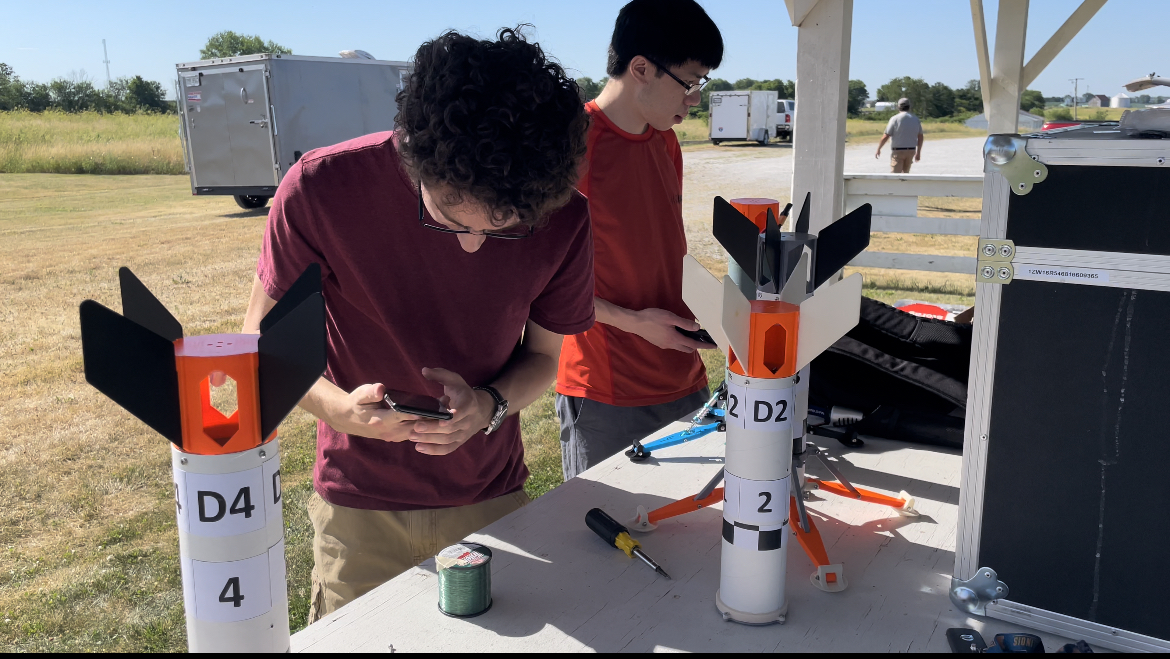 An intrepid team of students lead by Courtney Trom and David Gable are rapidly approaching completion of the first phase of prototype testing of a vertically landed rocket for an upcoming STEM competition. Aided by drone pilot, Professor Jason Merret, the team drop tested several test articles to determine the stability of their design. A software test also successfully demonstrated the capability of the avionics to walk through its modes, controlling the rocket on its descent from 0ver 20 m to the ground. Qi Lim and James Helmich also assisted in preparing each article for testing. A test of the landing gear, dropped from a height of 23m, amazingly came through unscathed, even without the benefit of a planned decelerating model rocket motor. The full up powered test is planned in the next couple of weeks.